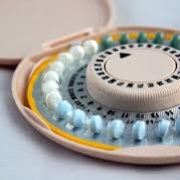 Annual eye examinations are recommended for a variety of reasons including maintaining optimum vision, examining for signs of systemic disease and evaluating the effects of prescription medications on the eyes. The latter of these was emphasized recently with a recent study involving women and birth control. In fact, 10.7 million women used oral contraception in the United States between 2006-2008 according to the Centers for Disease Control.

The study, presented at the American Academy of Ophthalmology Annual Meeting, suggests that there is an increased risk of developing glaucoma in women who have been taking oral contraceptives for three or more years. Researchers from several universities, the closest locally being The University of California, San Francisco used data from a 2005-2008 National Health and Nutrition Examination Survey.

3,406 participants over 40 years old were surveyed on their visual and reproductive health followed by an eye examination. The results showed that women who have been on oral contraceptives for 3 or more years were 2 times more likely to be at risk for being diagnosed with glaucoma compared to women not taking it or for fewer years.

While the study does not show a direct link that long term contraceptive use can cause glaucoma, contraceptive use can be a risk factor that patients and doctors need to monitor. This is especially important if other risk factors for glaucoma such as ethnicity, family history, eye anatomy, or medication are present.  Interestingly, other studies have shown that estrogen is linked to the development of glaucoma, which could be why oral contraceptives, which work by altering estrogen levels, is a risk factor for glaucoma.

Tweets av @drbenderopt
Does computer use damage the eyes?

Putting lazy eyes into the dark?
Scroll to top